Contemporary society is in a constant state of discontent. The media unapologetically disseminates the message that the current state of things is never good enough: happiness is always just one more quick-fix away, the grass is always greener on the other side, thin, pretty, and rich are good, but thinner, prettier, and richer are always better, etc. This kind of messaging can be damaging to the psyche of well adjusted, self-aware, confident, and wise adults, but imagine what it has the potential to do in the mind of a teenager. When you combine that constant outward pressure to always be more, or less, or what-have-you, with the internal pressure felt by most teens to live up to the perceived expectations of others, mix in a few hormones and store in a building with other teens dealing with the same pressures, the result is a breeding ground for emotional damage.

Anorexia a starvation disorder; the patient refuses to eat anything, most commonly due to an irrational fear of weight gain. The consequences for this disorder are severe, and can range from malnutrition to death. Aside from refusing to eat, other typical symptoms include unusually high levels of exercise, extreme sensitivity to cold, missed periods in females, and ritualistic or obsessive eating habits.

Bulimia is a binge-purge type disorder, wherein the patient repeatedly overeats and then compensates by inducing vomiting, abusing laxatives, fasting, or engaging in excessive exercising. The consequences for this disorder are just as severe as those for Anorexia, and many are shared between the disorders. A few examples are malnutrition, gum diseases, and even death in extreme cases. Teens suffering from bulimia often excel at hiding their condition, but some signs include frequent trips to the bathroom immediately following meals, unreasonably large meals followed by strict fasting, severe mood swings, and atypical swelling around the mouth and jaw.

Binge eating disorder is not a medical diagnosis; rather, it falls under the category of eating disorders otherwise not specified (EDONS), but that does not mean it is any less real or dangerous. A patient suffering from this condition will engage in frequent (upwards of four times per week) binge eating. Unlike those suffering from bulimia, however, binge eating disorder patients will not engage in compensatory purge behaviors. In some cases, it has been reported that binge eaters consume upwards of 10,000 calories in one meal. There are many severe health hazards associated with this disorder, the most obvious of which is obesity and the myriad of health problems it brings. Notable signs of this condition include hoarding, a fixation on meal times, obvious and continual weight gain, and depression.

If you think that your teen is suffering from these or other similar disorders, do not hesitate to get help. Individual and family counseling are often recommended to help get your teen moving in a healthy direction again. In some cases, hospitalization is required until a safer weight, or a more stable mental state has been reached. However, as is true of so many other human afflictions, the root problem goes so much farther than skin deep. In particular, eating disorders are born out of shame and insecurity – out of am ignorance or refusal to accept the beauty God the Father has endowed into His creations. As such, treating the physical and emotional symptoms and manifestations of these disorders will only go so far in alleviating the condition. For complete and lasting healing, continual prayer, trust, and surrender to God are necessary. Talk to your teen about their identity in Christ; remind your child that he or she is a beloved son or daughter of the King of Kings. He or she was fearfully and wonderfully made (Psalm 139:14) in the perfect image of God, and no number on the scale can change that.

It is crucial to be encouraging, supportive, honest, and empathetic. Recovery will be trying for both you and your teen, but it is important to know that neither of you are alone, nor are you enemies. You ought to be his or her biggest fan.

Take steps to eliminate the negative, unrealistic representations of the human body, such as those found in fashion magazines and tabloids, from your home. Moreover, be conscious of how you speak about your own body; if you demonstrate a healthy approach to body-image issues, your teen will hopefully begin to follow your example. Above all, pray. Pray for healing and comfort, for wisdom and strength, for confidence and knowledge of true identity. Your cries for help will not fall on deaf Ears.

Gloria Lange
Gloria Lange is a Licensed Clinical Social Worker, Registered Nurse, public speaker and frequent radio guest featured on On Call™ with Wendy Wiese. To hear Gloria’s next scheduled broadcast, please see our radio affiliate listings at Relevant Radio.com for a station in your area. You can also listen live online or on Sirius satellite radio, channel 160. Now in private practice, Gloria has worked as a psychotherapist since 1981. She has extensive experience working with couples, individuals and families in a variety of therapeutic settings.
Recent Posts
Categories
Tags
Culture Depression Stress
Recent Posts
Recent Comments

Gloria Lange & Associates are Licensed Clinical Social Workers in private practice. Located in Naperville, Illinois, Gloria has worked as a psychotherapist since 1981. Registered nurse, public speaker and frequent radio guest featured on the Program "ON CALL" with Wendy Wiese and Friends on Relevant Radio. She has extensive experience working with couples, individuals and families in a variety of therapeutic settings.

We're not around right now. But you can send us an email and we'll get back to you, asap. 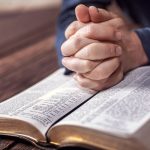